It was early morning that Mr. Roy was sitting at the waiting lounge of his son Ashutosh’s office. They had plans to visit a nearby organic market Ashutosh’s night shift office get over. Ashutosh is an IT employee in the IT Hub of Kolkata. The young man signing off as headed towards to waiting lounge suddenly saw an office boy coming rushing towards him, who hurriedly informed that his father Mr. Roy is holding his left chest and shaking. Both rushed and found Ashutoh’s father leaning against the corner of the sofa and surrounded by few people. He was semi conscious. 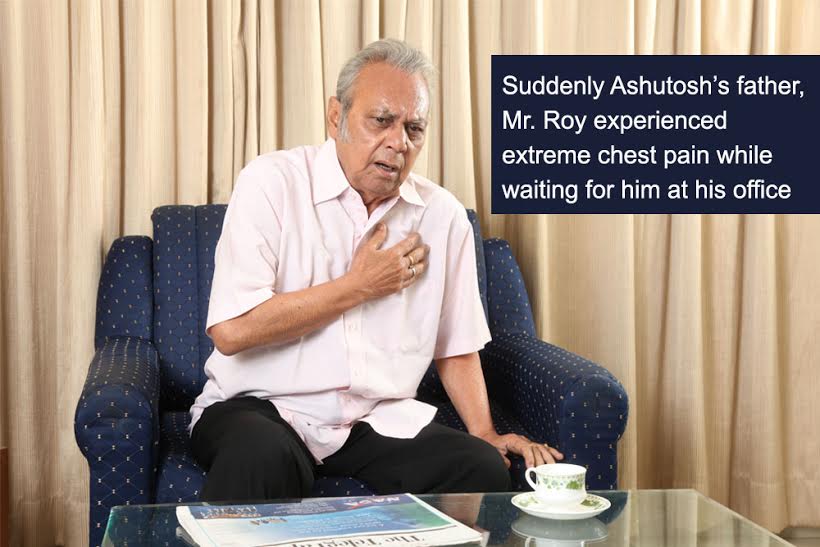 Right at that moment Ashutosh clicked on the hospital app and after a brief talk, in no time the Desun Hospital ambulance arrived from the nearest available location. Mr. Roy was taken in the ambulance along with Ashutosh and soon they reached Desun Hospital. 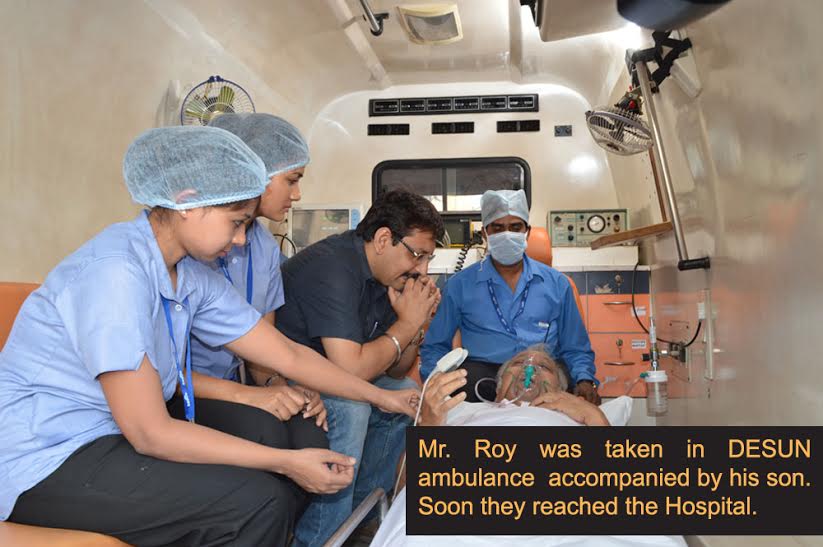 The Medical emergency team members were present in the hospital and the ICU bed was ready. Mr. Roy was was admitted in the ICU while Ashutosh completed the admission formalities.

The cardiac team did their initial check up and as per the advice of the senior cardiac surgeon Mr. Roy was taken to OT for an urgent Angioplasty within next 2 Hours. In the meantime the initial medication and other required tests were done to confirm the condition and the decide the treatment plan.

Ashutosh and his family were waiting in the waiting area and the medical team member explained the condition of his father to Ashutosh as per medical diagnosis and findings.

Soon the angioplasty was completed successfully and Mr. Roy got shifted to the ICU bed.

Within next few days Mr. Roy was discharged healthy from the hospital and was advised routine follow ups for few months.